The third generation semiconductor devices have excellent thermal and electrical conductivity, and have a wide application prospect in the field of high temperature, high frequency, high power and radiation resistance integrated electronic devices

Semiconductor is a substance with electrical conductivity between insulator and conductor. The difference between semiconductor and insulator mainly comes from the different band widths.

In the industry, the so-called "generation" division of semiconductors refers to the division by material:

Among the third-generation semiconductor materials, SiC has the characteristics of large forbidden band width, high breakdown electric field, high saturation electron drift speed, and large thermal conductivity, and can be applied to high-voltage environments above 1200 volts, so it has obvious advantages in harsh environments and can be widely used in modern industrial fields such as new energy vehicles, 5G communications, photovoltaic power generation, rail transportation, smart grid, and aerospace.

However, the high hardness, high brittleness, good wear resistance and extremely stable chemical properties of SiC crystals make the processing of SiC wafers very difficult. Diamond, on the other hand, is the hardest substance known to exist naturally and is best suited for processing SiC wafers. 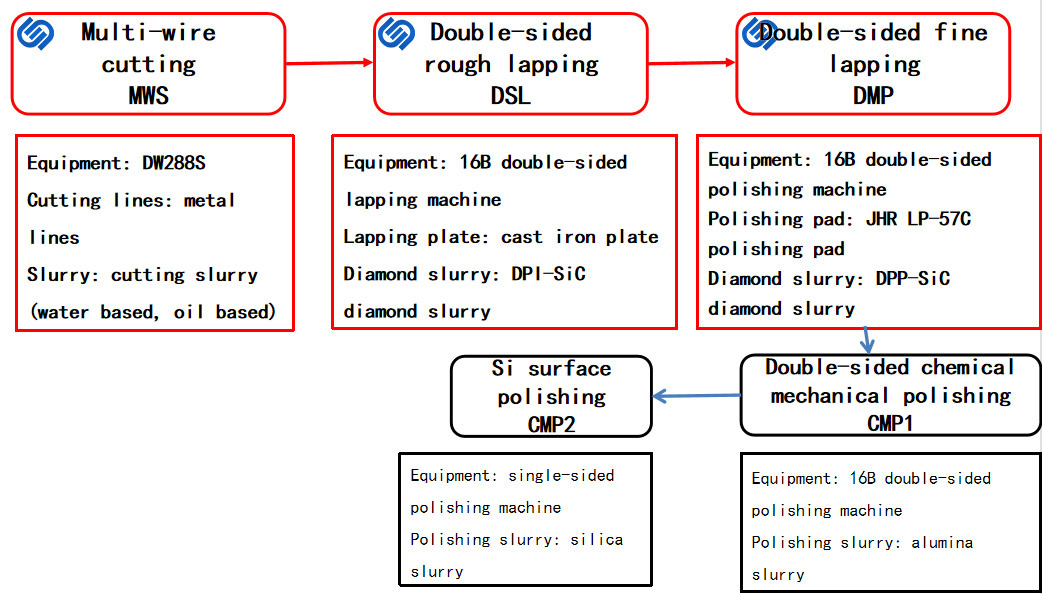 At present, two thirds of GaN devices are used in military electronics, such as military communications, electronics, jamming, radar and other fields. In the civil field, gallium nitride is mainly used in communication base stations, power devices and other fields. In the future, it will be widely used in 5G base stations, new energy vehicles, ultra-high voltage, data centers and other scenarios.

We are happy to share our knowledge with you and are always happy to ask any further questions you may have.